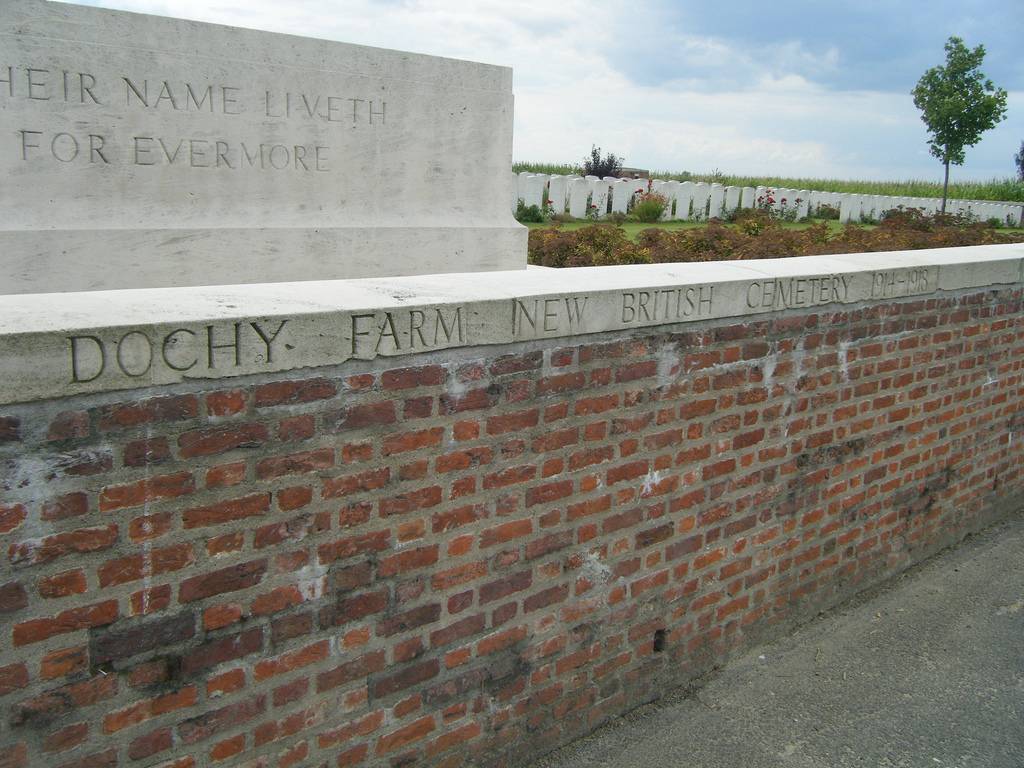 Dochy Farm, which had become a German strong point, was taken by the 4th New Zealand Brigade on 4 October 1917, in the Battle of Broodseinde. The cemetery was made after the Armistice when isolated graves were brought in from the battlefields of Boesinghe, St. Julien, Frezenberg and Passchendaele. The cemetery now contains 1,439 burials and commemorations of the First World War. 958 of the burials are unidentified but special memorials commemorate two casualties believed to be buried among them.
/