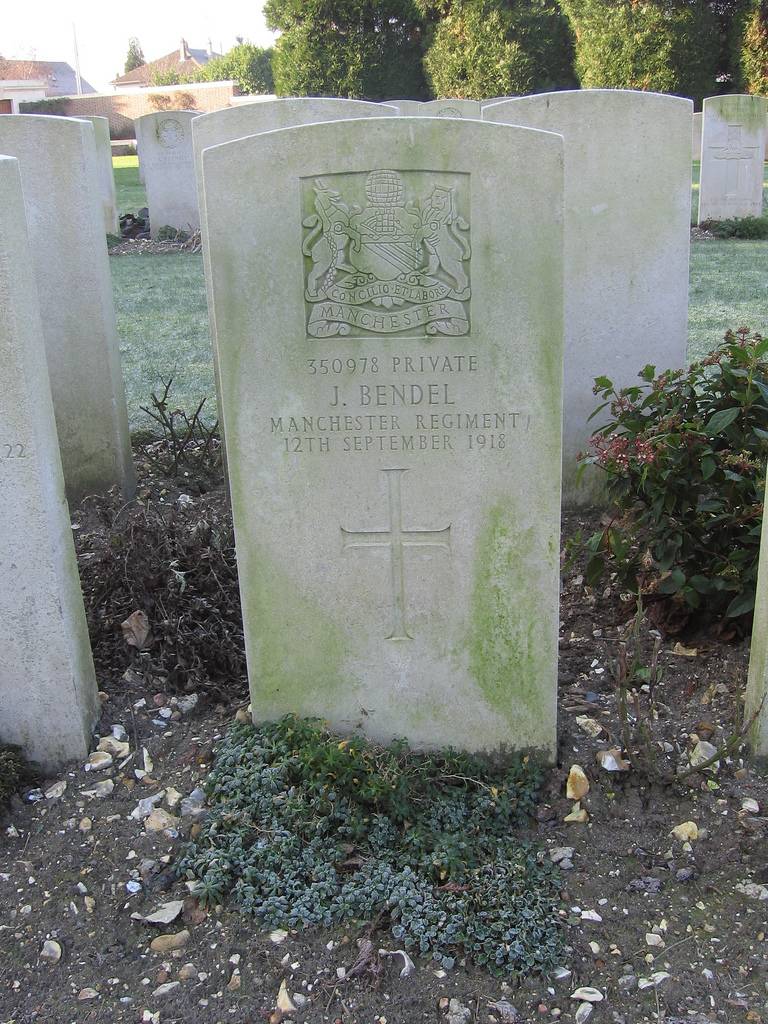 Whilst in action, John Bendel received wounds on the 5th of September and sadly died on the 12th September 1918. He had served three years in the Ashton Territorials and rejoined when war broke out. He went out to Egypt with the first draft and took part in the Gallipoli Campaign. He was drafted out to France in 1917. He was married and lived in Dukinfield. His brother, Pte 1886 Albert Bendel, of the 1/9th Battalion Manchester Regiment was killed in action on the 19th June 1915 during the Dardanelles engagement.
/